You're such a drama queen!

I can't tell you how many times that phrase is uttered in our household.

Clearly, my children were made for the stage.

Last spring, they started participating in a local community theater for kids.  She wanted to try out for Charlotte's Web.  He decided to try out on a lark while we were there.  He was offered a part, and she was not.

I may or may not have gotten her a puppy to make her feel better when she didn't make it.  Then, we got a call saying they would like her to be in the play as one of the little goslings.  So, she got a puppy and a part.  (Please don’t remind her father of this, he’s not thrilled about it still.) 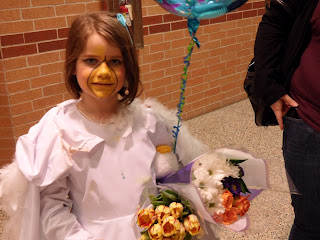 I watch them on stage, and I see them shine.  It doesn't matter when they don’t get a big role or that they don't have many lines.  They love what they’re doing.  If you've ever watched your kids play "house" or "school" in their own bedrooms, you might be able to begin to imagine the excitement of a real script, costumes, music, stage lights, microphones, and a live audience. 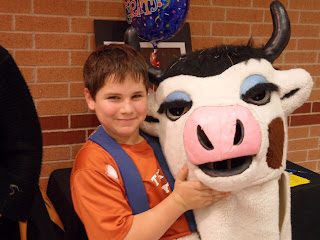 For their first show, they invited everyone they knew.  And these kids?  They know some people.  Aside from wonderfully supportive close family and family friends, though, no one came.  I watched them as they signed autographs after the show.  They were watching eagerly for familiar faces.  This was, after all, a Big Deal.  For them, at least.  They just knew that everyone would come.  My heart broke a little for them as they realized their friends weren’t coming after all. 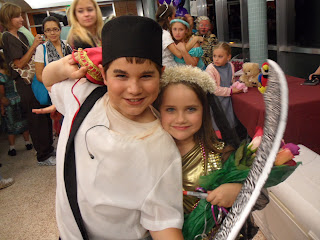 The boy had to miss some football practices recently because of rehearsals.  At his next practice, a teammate asked him where he had been.

Oh, I had dress rehearsals for the play I’m in, was his reply.

Who gives a crap about your stupid play?  You’re supposed to be playing football, the kid said with derision.


My boy didn’t answer him, he just shrugged and walked off to get some water.

I wasn’t there, but I’m told my mother set him straight.  (Grandmas are good like that.)  If I had been there?  I suppose my answer would have been to tell the kid that Cole “gives a crap” about his play, and that’s all that really matters.  I tend to be a little bit too vocal with other kids, though, so it’s best that I wasn’t there.

You know the scene in A Field of Dreams where the little girls says that people will come?  Ha.

As they continue to take the stage, it is clear they are doing it for themselves, not for anyone else.  Because, aside from grandparents and a special few family friends, people don’t come. 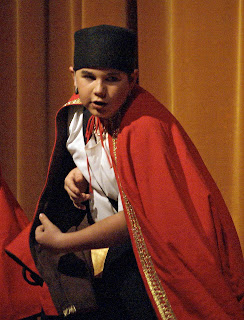 A very wise woman imparted some words of wisdom to me recently: All you can do is show up, tell your truth, and don't be attached to the outcome.  She was speaking in the context of mothering, but I think this is such a powerful lesson that applies to so many aspects of life.

These kids are not attaching themselves to the outcome, they’re just loving what they’re doing.

The girl asked me on Saturday, Who is coming that we know tonight?  I told her that I didn’t think anyone we knew would be in the audience.  It didn’t seem to matter, though.  It didn’t make them not want to perform.  They were going to be there doing something they loved either way. 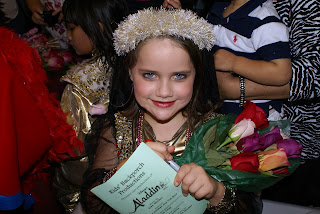 The people that don’t come?  They’ll miss out on a night of fun.  Us, though?  We were there.  Every. Single. Time.  And, more importantly, they were there, these kids of ours, and they were full of life and lighting up the stage with their fellow actors.

And they were making memories. 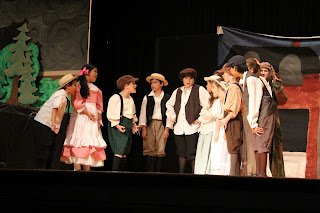 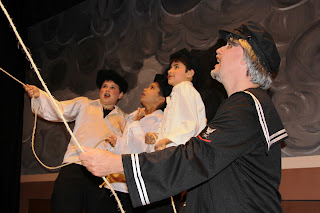